The Rhodes, Marshall, and Mitchell Scholarships—which fund study in the United Kingdom and Ireland—are among the most prestigious postgraduate awards in the world. This year Northeastern University is proud to have nominated an exemplary slate of applicants for these extraordinary opportunities. These students, who have been selected to represent Northeastern at highest level nationally and internationally, embody the best of our global, experiential research university: academic excellence, consequential research and creative endeavor, dedicated service to others, and an aspiration to apply their prodigious talents and skills to improving our world. Read on to meet these exceptional young people. 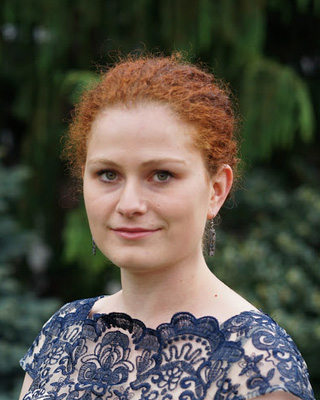 Through her academic, volunteer, and professional experiences, Sarah Bernt has dedicated herself to bridging the worlds of grassroots activism and high-level policy analysis. Beginning her education at Bard College at Simon’s Rock, Sarah worked on the ground in a gubernatorial campaign, as an intern for a Massachusetts state representative, and in both the constituent-services and legislative operations of the office of US Senator Edward Markey. Sarah was also the president of the Simon’s Rock International Affairs Council, the largest organization on campus. Completing her studies at Northeastern, Sarah worked with Professor Kirsten Rodine-Hardy to research the role that international organizations play in the diffusion of regulation and governance of telecommunications and nanotechnology. Sarah also ran the Northeastern University chapter of Generation Citizen, a nonprofit that places college students into public schools to teach a hands-on civics curriculum. Currently, Sarah is the Social Media and Community Engagement Specialist for the City of Somerville, MA, where she oversees the ResiStat Program, an effort to bring data-driven discussions and decision-making to residents while incorporating residents’ feedback into the provision of city services. Sarah aspires to a career driving justice, equality, and change, bringing the community’s voice to bear on questions at all levels of government. 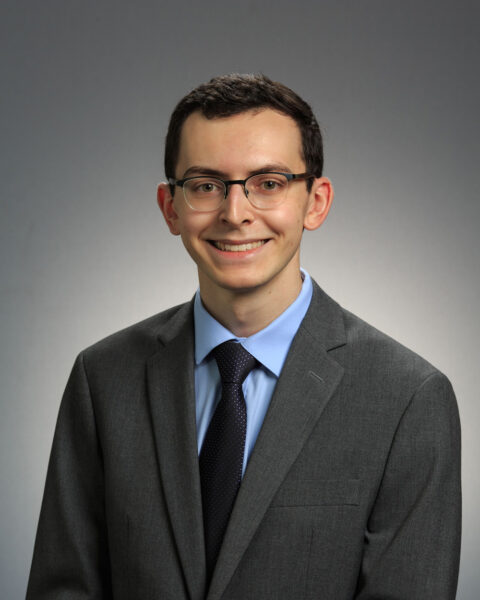 An accomplished scientific researcher and a devoted community leader, Brian epitomizes Northeastern’s ethos of advancing knowledge in service of the world. Brian’s research has spanned topics in microbiology including bacterial growth and metabolism, methods to combat transfusion-associated infections, antibody discovery, gene therapy, and herpesvirus replication. While these research experiences have not been constrained by sector (three biotech companies and two academic labs) or even continent (Brian spent six months in a virology lab at the University of Zurich), Brian was drawn to them all because of their potential for impact in the prevention or treatment of disease. In the lab of Professor Yunrong Chai, Brian discovered the question that most fascinates him and on which he plans to center his graduate study: how do bacteria cooperate in multicellular communities to do things like produce extracellular biofilms that protect them against antibiotics? Brian is highly invested in human communities, as well, serving as Scholarship Chair of the Northeastern chapter of Sigma Xi, the scientific research honor society, and as a leader within the University Honors Program. Brian earned a PEAK Experiences Summit Award in the summer of 2021. 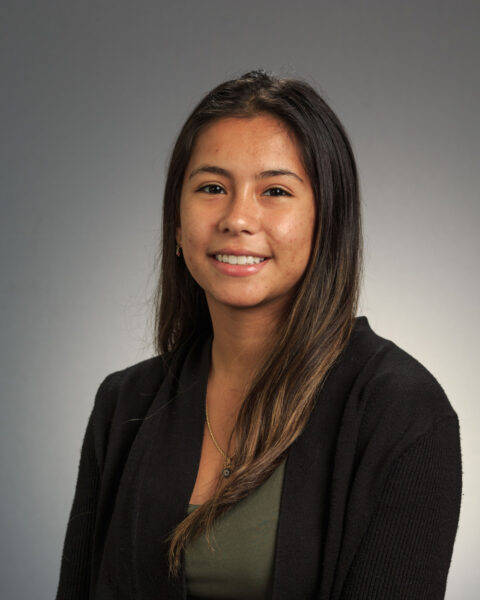 Sabrina Bond’s parallel interests in physics and physiology led her to an intense curiosity about the ways that the extreme environment of outer space, particularly microgravity, affects human behavior and biology. Sabrina is especially intrigued by the effects of environments with different physical dynamics on our neuropsychology. Since her first semester at Northeastern, Sabrina has conducted computational and behavioral neuroscience research in the Action Lab of Professor Dagmar Sternad, investigating impaired motor behavior in children affected by Autism Spectrum Disorder (ASD). Sabrina also completed a co-op studying the effect of the exercise hormone irisin in Alzheimer’s mouse models at Massachusetts General Hospital. Sabrina is a co-author of the resulting paper in Nature Metabolism (the findings also made the New York Times). Cumulatively, Sabrina’s outstanding research record resulted in her being named a 2021 Barry Goldwater Scholar. To gain in-depth human physiological knowledge alongside advanced research credentials, Sabrina intends to pursue the MD/PhD with a focus on the neurophysiological effects of microgravity. Sabrina is also a recipient of a PEAK Experiences Summit Award for the summer of 2021. 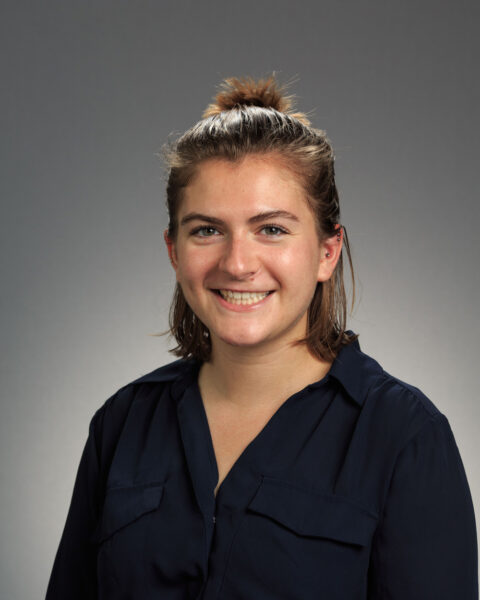 Hannah Boyce’s experiences as a chemical engineering researcher and a woman in STEM have inspired her twin professional goals: to innovate drug delivery mechanisms for more targeted treatment of chronic diseases and to improve engineering education at all levels so that underrepresented students in STEM disciplines are better prepared and better supported. In the lab of Northeastern professor Debra Auguste, Hannah studied the migration of the triple negative breast cancer line MDA-MB-231, which sparked her interest in drug delivery. She then investigated tumor associated microhpages at Iowa State University, melanin nanoparticles at Northwestern University, the effect of carbon monoxide on inflammation at Brigham and Women’s Hospital, a drug release assay at Alivio Therapeutics, and currently, scalable production and isolation of extracellular vesicles at ETH Zurich. Meanwhile, Hannah’s research on the benefits of supplemental instruction for women in engineering resulted in several presentations and publications on that topic. Hannah aspires to a PhD in chemical engineering and a career as a professor. Hannah was a nominee for the Goldwater Scholarship last year. 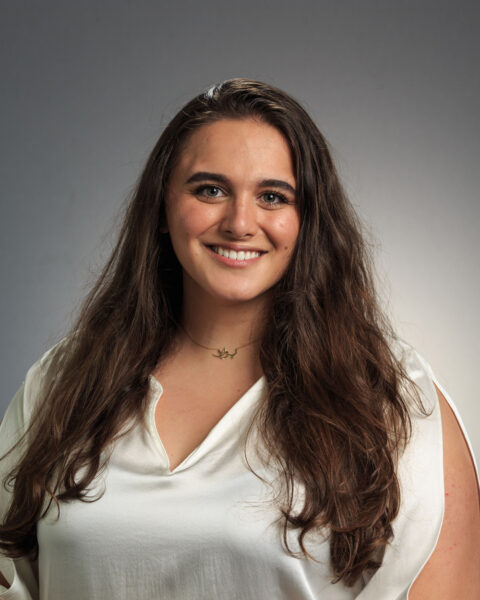 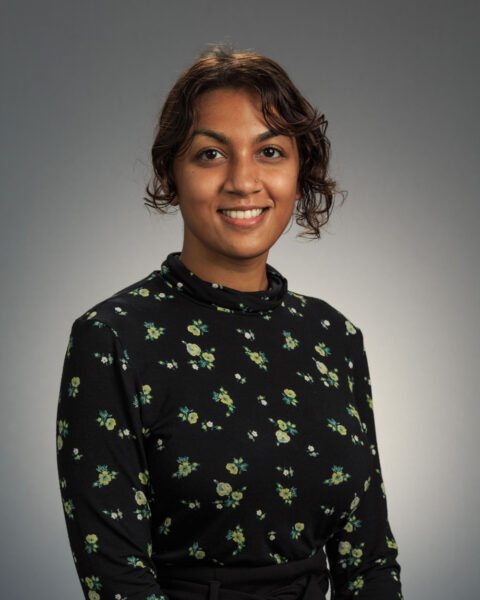 Rayna Haque is committed to expanding access to high quality healthcare, especially mental healthcare, to vulnerable and underserved populations worldwide. Rayna has conducted basic research in the Pepperberg Avian Cognition Lab at Harvard; undertaken a qualitative systematic review of the ramifications of exposure to violence on the welfare of resettled refugees with Professor Carmel Salhi; and is currently working at the interface of the lab and the clinic at the Brigham and Women’s Hospital Crohn’s and Colitis Center. Rayna has complemented her research with an array of direct service, most recently teaching English to refugees virtually because COVID disrupted a plan to do so in person. Serving as a senator in the Northeastern Student Government Association gave Rayna experience building coalitions and advocating for concrete action. In the Academic Public Health Volunteer Corps, a group formed to offer additional expertise and person-power to the Massachusetts Department of Public Health during the pandemic, Rayna has matched her passion for social justice with her scientific training to advance health equity. She plans to pursue degrees in medicine and law, taking both clinical and policy approaches to the expansion of high quality, culturally appropriate healthcare. Rayna was a nominee for the Truman Scholarship and has earned the PEAK Award. 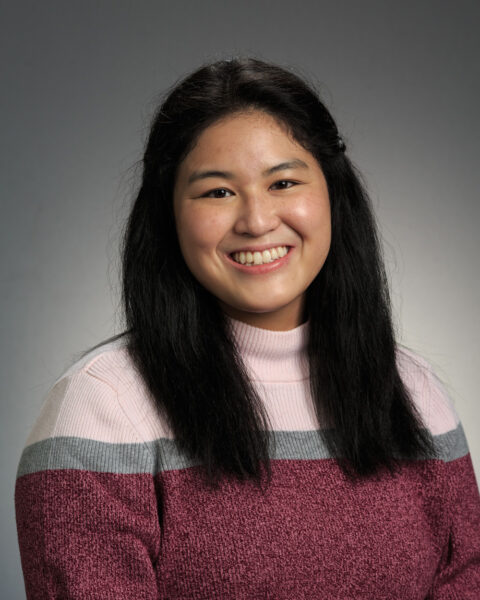 Nicole Occidental is a cognitive neuroscientist and future physician who is intent upon drawing our attention to the ways that even those parts of us that seem most singular–the cells and neurons that make up our selves–are born of deep mutuality and connection with others. The summer after her first year, Nicole joined the team at Northeastern’s Center for Cognitive and Brain Health with Professor Charles Hillman, which investigates the effects of exercise on cognition. Her current project examines the connections between exercise, obesity, and cognition in children. Meanwhile, Nicole first worked with mouse models during a co-op in the lab of Bernardo Sabatini at Harvard Medical School. Her work with mouse models accelerated in the lab of Ziv Williams at Massachusetts General Hospital, where Nicole is currently doing her honors thesis work. Having contributed to several projects including the Mouse Altruism Project and the Artificial Hippocampus Project, Nicole has independently designed her thesis experiment, built the apparatus, wired the circuits, and programmed the data analysis software. The project offers a novel investigation of inequality aversion in mice based on social hierarchies during an operant conditioning task. Nicole is also committed to others in tangible ways and has held leadership roles in our peer tutoring, civic engagement, and neuroscience groups. 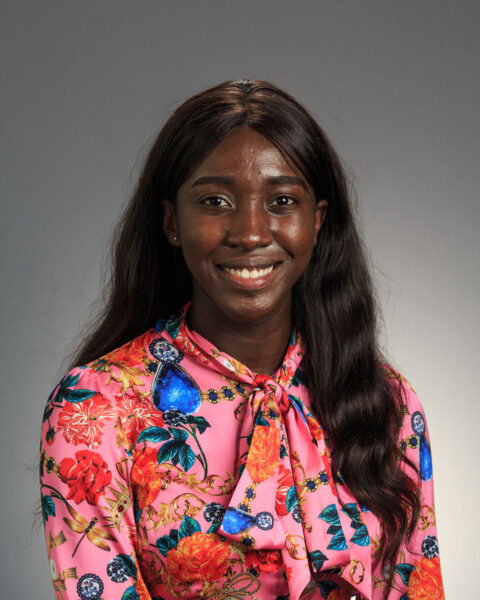 Adwoa Sefah is a future physician-scientist who aspires to deliver high-quality healthcare to chronically overexploited and underserved populations in the US while simultaneously strengthening the health system of her home country of Ghana. Working at the Fishell Lab at Harvard Medical School and the Broad Institute, Adwoa researched the role of microglial “pruning” in the formation and depletion of inhibitory synapse circuits. While it has been known that synaptic pruning impacts the development of excitatory synapses, this work concluded that synaptic pruning also takes place during the development of inhibitory synapses. The inhibitory synapses play a significant role in our behaviors – and this finding, published in Cell this summer with Adwoa recognized as an author, has significant implications for how we understand the brain and neural development. Additionally, Adwoa has helped to create and sustain communities on campus that can nourish ambitious young people like herself long after she graduates. She is a “STEMPower” mentor to students at Boston’s John D. O’Bryant School of Mathematics and Science, serves as a peer mentor in Northeastern’s acclaimed Summer Bridge program, and is a College of Science Ambassador and Secretary of the College of Science Student Diversity Advisory Council.