Northeastern University is proud to announce that the Undergraduate Research and Creative Endeavors Awards will support 10 student-initiated projects during Summer 2019. Recipients of the awards span Northeastern’s colleges and represent a wide range of disciplines.

Undergraduate Research and Creative Endeavors Awards offer financial and academic support to Northeastern students seeking to conduct original projects of their own design. The goal of the program is to encourage students from a wide range of majors and disciplines to carry out both early and advanced independent research and creative endeavors under the mentorship of Northeastern faculty members. The awards represent a substantial commitment of university resources to the involvement of undergraduates in Northeastern’s flourishing and groundbreaking research efforts.

Projects supported by the Summer 2019 awards include: 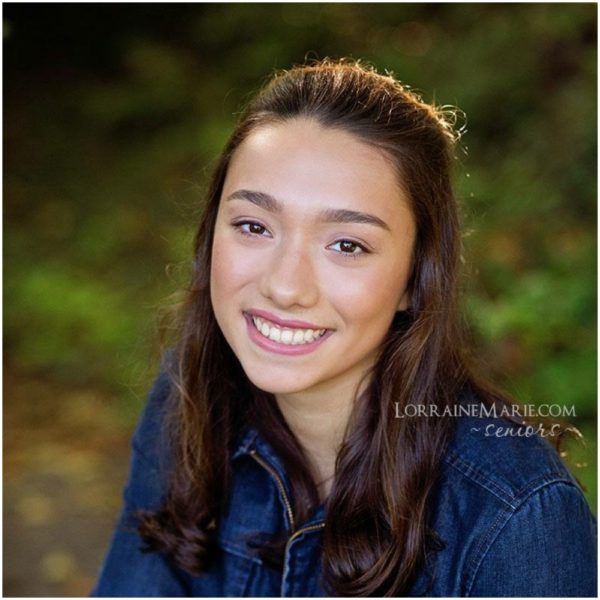 Exploring the Use of Medical Marijuana for the Treatment of Chemotherapy-Induced Neuropathic Pain
Ilayda Alkislar, COS‘20
Advised by Professor Craig Ferris, Psychology
This project will investigate the use of medical marijuana as a prospective treatment and prevention strategy for chemotherapy-induced neuropathic pain. Currently, no safe or effective treatments have been determined, and with nearly 50% of surviving cancer patients developing neuropathic pain, it becomes essential to explore novel therapeutics. Using clinically translatable drug administration and neuroimaging techniques, the identification of precise changes in functional activity and connectivity will allow insight into the analgesic effects of cannabis. Results obtained from this study will be presented and aim to provide a scientific foundation for the use of medical marijuana as a regular therapeutic agent. 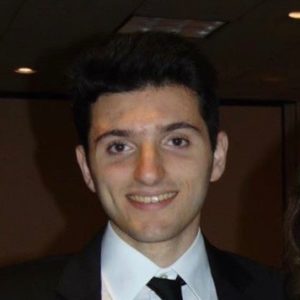 Modulators of 5 HT1A Autoreceptor Movement and Internalization
Austin Baggetta, Bouve’20
Advised by Professor Leigh Plant, Pharmaceutical Science
The 5-HT1A receptor is an autoreceptor that plays a necessary role in controlling a neuron’s output of serotonin. It was found that chronic treatment with antidepressants causes serotonin and alpha-adrenergic autoreceptor subsensitivity, thus increasing the output of norepinephrine and serotonin. Bipolar Disorder (BD) has links to depression, and interestingly the main treatment for BD involves the lithium, which interferes with the production of phosphatidylinositol 4,5-bisphosphate (PIP2). TIRF microscopy on HEK293T cells will be used to elucidate whether PIP2 affects 5-HT1A internalization, providing information on lithium’s mechanism of action. This work will be published and presented at conferences in the future. 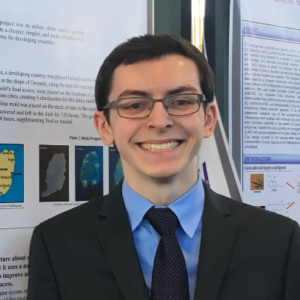 The Dynamics of Acetyl CoA Toxicity in Bacillus subtilis
Brian Best, COS‘20
Advised by Professor Yunrong Chai, Biology
Acetyl-CoA is an essential molecule produced during glycolysis used for various cellular processes. However, a buildup of acetyl-CoA in the cell inhibits growth and causes cell death. This project investigates the role of protein lysine acetylation, a post-translational protein modification, in relieving acetyl-CoA toxicity by using acetyl-CoA as a source. We will measure acetyl-CoA and protein acetylation levels across the growth curve of Bacillus subtilis and an acetyl-CoA toxicity mutant, providing a holistic overview of acetyl-CoA dynamics and determining the role of protein lysine acetylation as a regulatory mechanism for bacterial growth. These findings will be submitted for publishing. 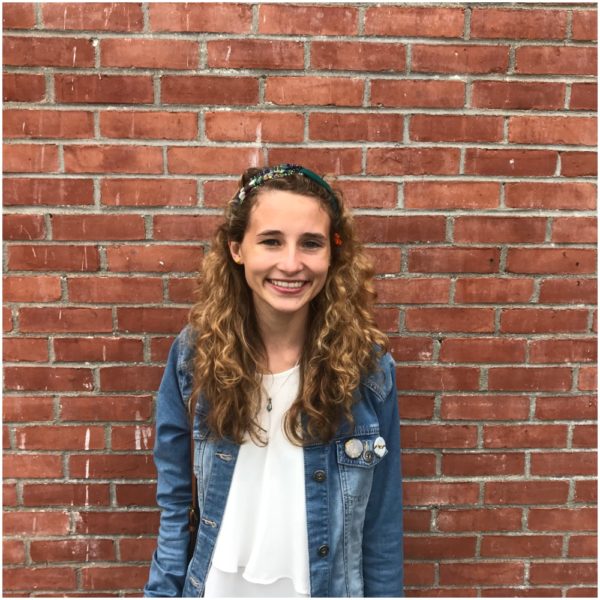 Amyotrophic Lateral Sclerosis: Determining a Linkage Between Astrocyte Phenotype and the Progression of Motor Neuron Deterioration in ALS
Bridget Eckel, COE‘21
Advised by Professor Abigail Koppes, Chemical Engineering
Amyotrophic Lateral Sclerosis, more commonly known as ALS, is a multifaceted neurodegenerative disease that causes motor neurons to deteriorate. This project is studying the relationship between ALS motor neurons and astrocytes, which are non-neuronal neighboring cells. It has been found wild type motor neurons when exposed to ALS astrocytes, become diseased and die. More research needs to be done regarding the relationship between the two cell types through the lens of ALS disease progression. Data will be collected regarding the deterioration of motor neuron functionality over time as well as any changes that occur in both motor neuron and astrocyte morphology. 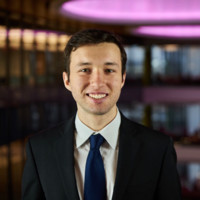 Spontaneous Neural Activity of the Network Formed by the Pacemaker Nucleus: An Interdisciplinary Study Combining Mathematical, Computational, Behavioral, and Physiological Approaches
Daniel Hartman, COS‘20
Advised by Professor Gunther Zupanc, Biology
Endogenous neural oscillators play a critical role in the regulation of rhythmic physiological functions and behaviors. Yet, the biophysical factors that control spontaneous oscillations and modulations of the output patterns are rather poorly understood. The aims of the proposed project are to identify the biophysical parameter settings that govern spontaneous oscillations of the neural network of a well-characterized endogenous oscillator and to analyze the effect of the extracellular potassium concentration on the output frequency of these oscillations. The results of this project will be disseminated as part of an original research paper. 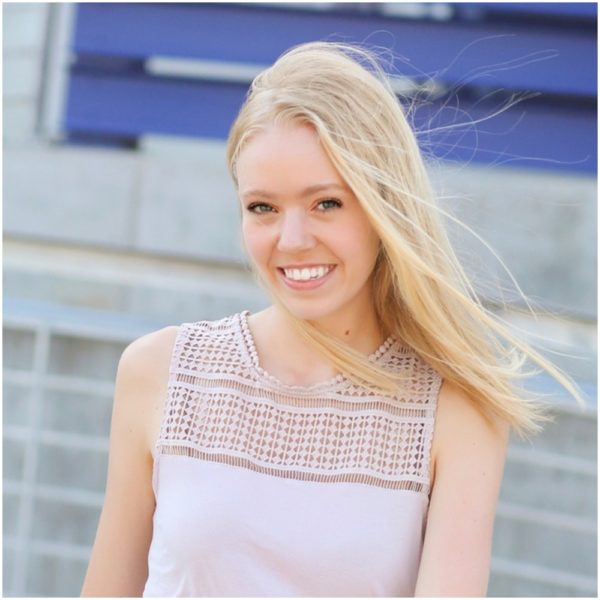 Formation of a Printable Biocompatible Material with Embedded Sensor Components
Elizabeth Isaacson, COS’21
Advised by Professor Heather Clark, Bioengineering
Sensors are important tools to monitor biological conditions; however, current sensors are bulky and lack continuous monitoring. My focus will be to determine a biocompatible material that can successfully incorporate the sensing and reporting components of the nanosensor developed by the Clark Lab without adversely affecting the response. Various biocompatible polymers will be dissolved and resuspended after mixing with the nanosensors, hopefully, uptaking the sensors. The material must be 3D-printable, so the final solution will be spread into films to test moldability. The results will be shared at a poster session, like RISE, at Northeastern. 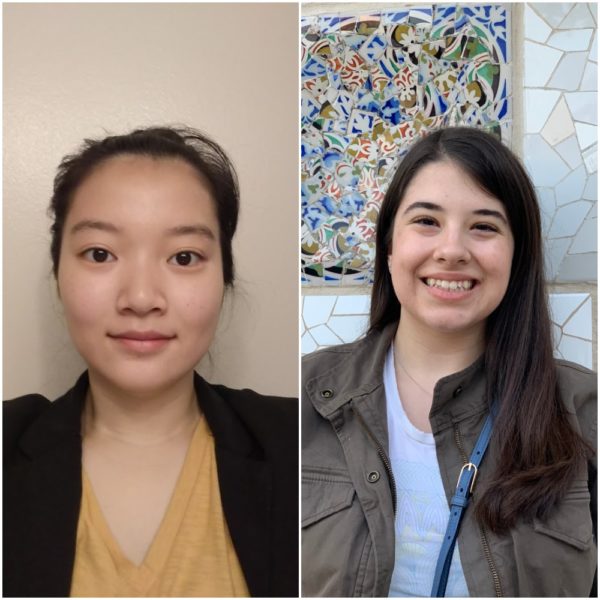 Transcriptional and Translational Consequences of Changing Cell Cycle Dynamics in Nerve-Dependent Regenerating Tissues of Mice and Axolotls
Eun Kyung Jeon, COS’21
Danielle Douglas, COS’22
Advised by Professor James Monaghan, Biology
Limb loss for humans is currently permanent, but what if it was not, and the key to regenerate was within our own biology? Axolotl salamanders are unique in their ability to regrow their limbs without medical intervention. When they lose a limb, cells local to the amputation site undergo systemic changes in cell identity and divide rapidly to generate a new functional limb. While this sounds chimerical, many pathways involved in limb regeneration are conserved in humans and other mammals as well. One of the few methods of halting this process, along with many other forms of regeneration, is by removing an intact nerve supply from the regenerating limb. In our project, we are studying the nerve-dependent regeneration of Murphy Roth Large (MRL) ear hole and axolotl limb regeneration along with the poor-regeneration model of C57BL/6 mice to investigate why there is a difference in their abilities to regenerate, and what roles nerves play in the regenerative tissue. Specifically, we would like to understand how the transcription and translation rate changes along with cell cycle dynamics with a response to denervation in regenerative tissues. 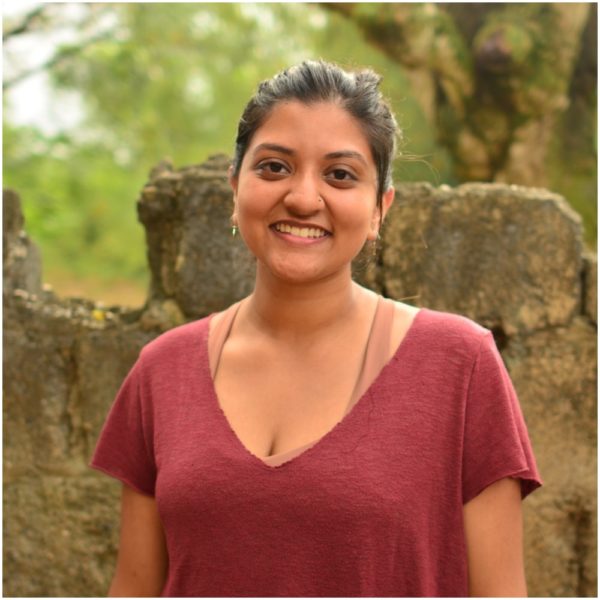 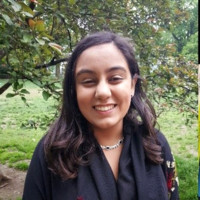 Determining Amino Acids and Their Roles in Facilitating Substrate-Induced Conformational Changes in DNA Polymerase DinB
Jeanine Nasser, Bouve’21
Advised by Professor Penny Beuning, Chemistry & Chemical Biology
Cells are susceptible to DNA damage. While cells possess mechanisms to repair damaged DNA, these mechanisms are not always effective. DNA damage can lead to cancer and antibiotic resistance. Regions of Y-family DNA polymerase DinB–a protein in E. coli assumed as undynamic–were found to partake in conformational changes of DinB, but which residues (and their roles) partaking in such changes and their roles are unknown. Using Thermofluor assays, protein purification, and construction of DinB variants, we can determine the roles of these residues in DinB’s thermal stability. Findings are intended to be presented at the annual ACS Conference (Fall 2019). 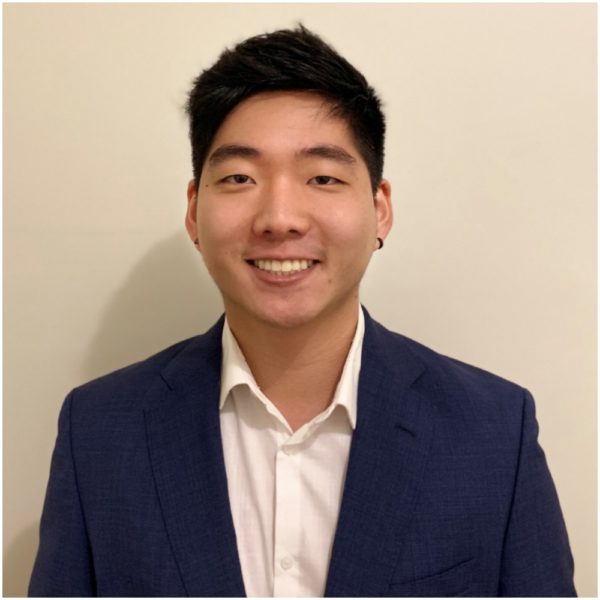 Evaluation of Aptamer Technology for Detection of Pseudomonas aeruginosa
Stephen Paik, COE’21
Advised by Professor Edgar Goluch, Chemical Engineering
Pseudomonas aeruginosa is a Gram-negative bacterium that is commonly associated with nosocomial infections. Delay in point-of-care diagnostics makes these infections more difficult to treat. Electrochemical detection of chemicals called quorum sensing molecules secreted by P. aeruginosa can be used as a rapid and low-cost diagnostic test. In this research project, we will improve the sensitivity of the electrochemical sensor previously developed by the Goluch group by using the aptamer technology to detect quorum sensing molecules. The results will be validated using Quartz Crystalline Microbalance technique. 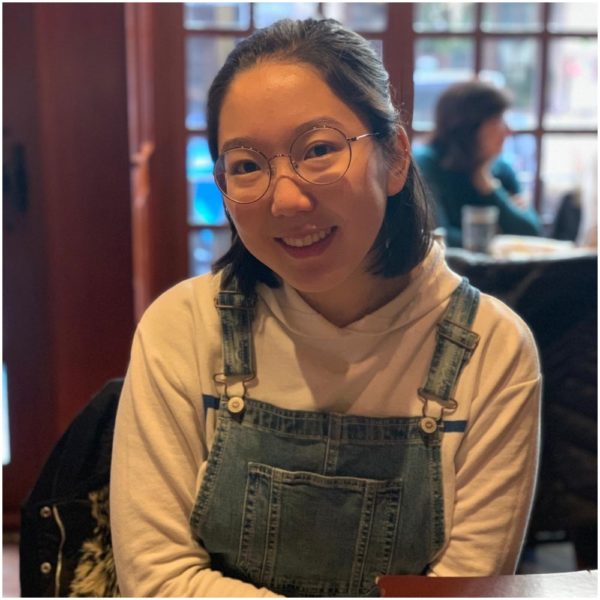 Persistent Lipid Nanoparticles for Antimicrobial Drug Delivery
Seo Ho (Karen) Song, COE’21
Advised by Professor Edgar Goluch, Chemical Engineering
Infected foot ulcers are a commonly observed complication in diabetic patients. While packaging the drug in liposomes have been shown to increase the efficacy of antibiotics, these nanoparticles are highly susceptible to phagocytosis by immune cells present in wound beds. To circumvent this, we propose to develop liposomes with a surface-attachment of CD47 and human mannose-binding lectin. We hypothesize that these modifications will make the liposomes more persistent in the presence of the immune cells. The results will be presented at AICHE 2019 and at the Undergraduate Fall Research Symposium at Northeastern University. 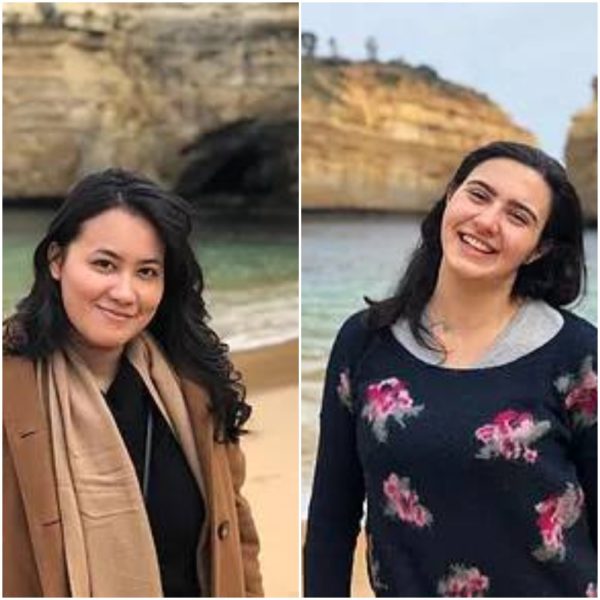 Day Zero: Application of Reverse Engineering Methodologies Based on Australian Advancements to Address the Acute Water Scarcity in Cape Town
Isabella Steiner, COE’20, Botakoz Koshkarova, COE’20
Advised by Professor Courtney Pfluger, Chemical Engineering
The project identifies evaporation as a major cause of depleting water resources and identifies a gap in the research methods currently used to suppress evaporation. A successful proof-of-concept was developed where the part is a delivery system that can prevent a water evaporation suppressor monolayer from getting physically displaced or chemically degraded. The next step is developing a feasible and scalable rapid prototyping method of the specimen from different materials to deliver onto a fully functioned model. We plan to create an academic paper and submit it to the Northeastern’s peer-reviewed journal Embark and present our results at RISE 2020. 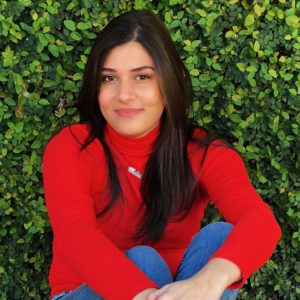 Neuraminidase Effect on a 2,6 linked Sialic Acid of the Glycocalyx In Vivo
Melis Tirhi, COE’20
Advised by Professor Eno Ebong, Chemical Engineering
The enzyme neuraminidase is at high levels in many diseases. It cleaves sialic acid (SA), a component of the glycocalyx (GCX) that coats endothelial cells on the blood vessel wall and regulates blood vessel health. However, the specific effect of disease state conditions on SA has not been quantified. To quantify these effects, neuraminidase was added to Balb/c mice bloodstream and aorta vessels were collected. This project examines the aortas by immunostaining and quantifying 2,6-linked SA residue. Neuraminidase results will be compared to untreated results. The results will provide knowledge for future research and developing new treatment. 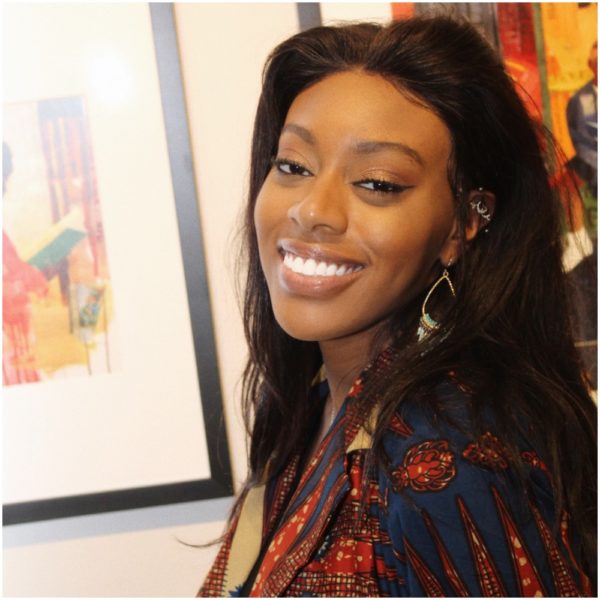 Stigmas Towards Mental Illness in Caribbean Households and the Effects on Their Children
Taylor Trail, DMSB’20
Advised by Professor Alisa Lincoln, Sociology and Anthropology
The majority of literature that currently exists on mental illness stigma is primarily focused on economically developed nations in North America, Europe, and Australia. Through in-depth 1 on 1 interviews with participants in the US and Jamaica, this exploratory study seeks to address the existing gap in multicultural research to gain a deeper understanding of the stigmas surrounding mental illness in Jamaican communities and identify the effects that mental health stigmas have on individuals who have been raised in Jamaican households and currently attend a college or university.