The Barry Goldwater Scholarship is a highly competitive, merit-based award for outstanding students in mathematics, the natural sciences, and engineering who are interested in pursuing careers in research. The premier award for undergraduate students in STEM fields, the scholarship was established by Congress in 1986 to honor Senator Barry Goldwater, who showed a keen interest in science and technology during his 30 years in the U.S. Senate.

Northeastern University is honored to nominate four of its most distinguished undergraduate scientists and engineers for the 2020 Barry Goldwater Scholarship. Together, these students represent the best of Northeastern’s model of experiential education in a university focused on use-inspired research to solve pressing global challenges. 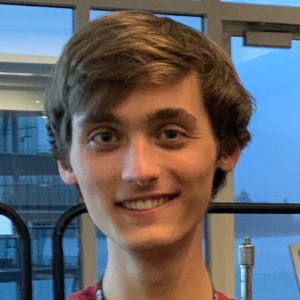 Growing up in a rural area, Max Daniels taught himself programming and math by scouring the internet for open-source tutorials and hacking his video games. At Northeastern, he declared a major in computer science and math and a minor in physics because these fields offer ways to discover and understand the structures hidden within complex systems. Max is particularly interested in the potential of machine learning models to uncover structures hidden in natural data, especially in 1- and 2-D signals. Max has earned the Honors Early Research Award and the PEAK Experiences Ascent Award to support his research projects at Northeastern, including work on an audio deep decoder, extreme classification algorithms, the role of statistical distances in training generative adversarial networks (GANs), and removing representation error in GANs. Max plans to pursue a PhD in applied mathematics, to conduct research on machine learning, and to communicate his findings to diverse audiences—including the next generation of kids who want to hack their video games. 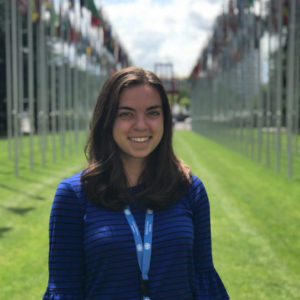 Kerry Eller is dedicated to ensuring that those in low-income countries have access not simply to the medical technologies that save and enhance life, but also to the apparatus of development itself. Kerry spent high-school summers developing a cell line that could be used to heal tears in the menisci. After her first year at Northeastern, she worked at Brown University developing novel assay techniques that led to an eightfold increase in her lab’s capacity to image fish larvae in search of chemicals that could repair vision impairments currently affecting 253 million people. She next embarked on a project characterizing musculoskeletal effects of obesity, another rapidly increasing threat to human health. Most recently, Kerry completed a global co-op at the Center for Technology for Research and Development with Social Impact at Chile’s Universidad del Desarrollo. There, she worked to improve both the mechanical function and the diagnostic accuracy of a remote mosquito trap. Kerry’s passion for research with social impact is also a distinguishing feature of her extensive extracurricular involvement in organizations dedicated to global health. Kerry aims to complete a PhD in bioengineering and to pursue a career working with communities around the world to develop culturally appropriate technologies that expand access to healthcare. 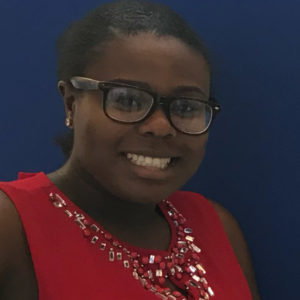 Shellaina Gordon chose to major in biochemistry at Northeastern because the program blends biology and chemistry in way that encourages mastery of the separate disciplines while also providing a clear understanding of their interplay. Drawing on knowledge from both domains, Shellaina says that she has learned to apply her skills to diverse challenges and answer complex questions in a variety of research settings. These have included investigating the role of transition metals, particularly manganese, in cell development at the University of Massachusetts Medical School; analyzing how oxidative stress-relieving compounds contribute to antibiotic resistance in A. buamannii at Northeastern; and proving and implementing the use of a human naive library for use as a selection tool in discovering high-affinity antibodies while on co-op at Visterra, a clinical-stage biotech company. Shellaina earned the US Department of State’s Benjamin A. Gilman International Scholarship to support her current study abroad at University College Cork, Ireland. Shellaina intends to earn the MD/PhD in order to bring basic research into a translational setting, with a focus on proteomics and a commitment to increasing equity both in the medico-scientific professions and in clinical research and care. 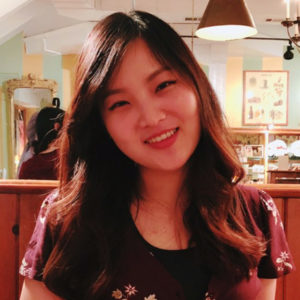 Julie enrolled at Northeastern as an aspiring pharmacist in the six-year Doctor of Pharmacy program, but her first research experience, in lab of Professor Ban An Khaw, led her to change her major and her career goals. Seeing for the first time the importance of not only developing effective drug therapies, but also of ensuring accurate and targeted delivery mechanisms for those drugs, Julie realized that she wanted to pursue translational drug delivery research. In Professor Khaw’s lab, Julie mainly worked on prodrug-antibody conjugates that perform targeted drug delivery for breast cancer chemotherapies. After completing this project, she worked on antibacterial nanoparticles in Professor Thomas Webster’s nanomedicine lab, earning a PEAK Experiences Summit Award to support the project. In 2019, Julie joined the Center for Nanomedicine at Brigham and Women’s Hospital as a co-op investigating nanoparticle-mediated delivery of tumor suppressor mRNA. Most recently, she accepted a co-op position at the Langer Lab at the Koch Institute for Integrative Cancer Research at MIT, focusing on nanoparticle-mediated immunotherapy in 2020. Julie plans to pursue an MD/PhD in bioengineering and become a physician-scientist who can improve current chemotherapies through drug delivery technology.